Turn on suggestions
Auto-suggest helps you quickly narrow down your search results by suggesting possible matches as you type.
Showing results for
Search instead for
Did you mean:
HelpSign In 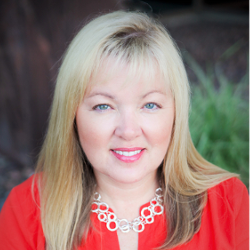 In addition to ranking GRC platforms, the Forrester report also noted the end of distinctly defined GRC Platform submarkets, such as IT GRC versus Enterprise GRC, due to growing customer interest in a consolidated platform for diverse use cases. Leaders were shown to support these diverse use cases and possess the flexibility to help customers address changing market and business demands.

We greatly appreciate the concerted efforts of our customers and various RSA Archer groups that came together to make the Leader ranking by Forrester possible.  We’re very excited that RSA Archer continues to be the only GRC solution provider rated as Leader across both the Forrester Wave GRC report and all Gartner reports for IT GRC, Enterprise GRC, and Business Continuity Management Planning.

We invite you to download Gartner reports on IT GRC, Enterprise GRC and Business Continuity Management.